LEGO Star Wars: The Video Game is a LEGO game based upon the Star Wars Prequel Trilogy. It also happens to be the first "modern" LEGO video game in the sense of the LEGO video games we know today. During the game, you get to play through Episodes I through III with an Episode IV bonus level unlocked by obtaining True Jedi status in every other level. You get True Jedi status by earning studs throughout each level. You can use these studs to buy items such as Hints, Characters, and Extras.

Episode I: The Phantom Menace

Episode II: Attack of the Clones

Episode III: Revenge of the Sith

Episode I: The Phantom Menace

Episode II: Attack of the Clones

Episode III: Revenge of the Sith 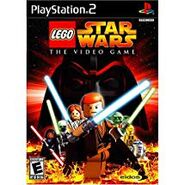 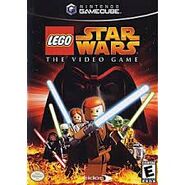 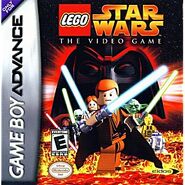 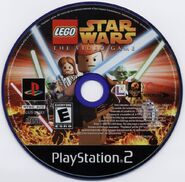 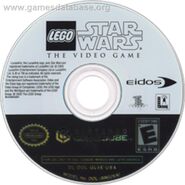 Back
Add a photo to this gallery
Retrieved from "https://legogames.fandom.com/wiki/LEGO_Star_Wars:_The_Video_Game?oldid=65680"
Community content is available under CC-BY-SA unless otherwise noted.